MP Mishchenko accused Groisman in the financing of the occupied Donbass 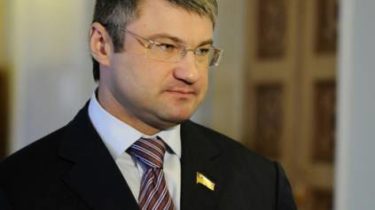 MP Mishchenko accused Groisman in the financing of the occupied Donbass

According to the MP, the Government today split the Ukraine into two classes.

“Government pension reform is meaningless today, not only introduces a split in Ukrainian society, but also directly Finance the occupied territories”, – stated the people’s Deputy Serhiy Mishchenko on his Facebook page.

He noted that promising a significant increase in pensions across the country, in fact, the government made it so that 70 percent of the funds to the so-called pension reform is in the occupied parts of Donetsk and Lugansk regions.

According to the MP, the government today split the Ukraine into two classes. On the one hand – the whole of Ukraine, which received the minimum pension supplements, with another – Lugansk and Donetsk region – where pensions rose by 3-5 thousand hryvnia. With approximately 70 percent of these giant pensions falls on the occupied territory, where one get a pension from the Russian occupiers.

“Today, the only way out of the situation – acceptance is already registered bills that restore the pension fairness for the whole country, not just part of it,” – said Sergey Mishchenko.