Azarov and other policies fugitives announced the return to Ukraine 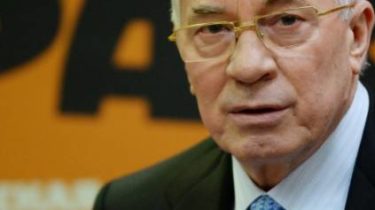 Azarov and other policies fugitives announced the return to Ukraine

They promised to revive the power and change the political course.

Ukrainian policy-fugitives, who are now hiding in Russia, – Mykola Azarov, Vitaliy Zakharchenko, Andriy Klyuyev Stanislav Shulyak said that he would return to Ukraine and “revive” her.

They declared it on a press-conferences in Moscow, reports Ukrainian Pravda.

“We are the representatives of the Ukraine, which wants to see the current regime. We will definitely return and will definitely renew Ukraine by changing its political course”, – said Azarov. In Ukraine, too, wants to return the former interior Minister Vitaliy Zakharchenko. According to him, he is very closely connected with Ukraine and its future, particularly the political, sees it.

Promised to return and former commander of the internal troops of the MIA of Ukraine Stanislav Shulyak. However, he wants to return to Ukraine, “where the red flag of victory and St George ribbon will be the pride and honor of the country, and the division SS “Galicia” is a serious stain of shame.” This Shulyak promised to make every effort.

As reports the edition, the press conference lasted more than an hour among about 2 dozen journalists it was only 1 journalist from Ukraine. At the beginning of the policy fugitives speculated on the topic of treason of ex-President Viktor Yanukovych, and then voiced theses of the Kremlin, which previously announced by the Ukrainian President is a fugitive.

According to the publication, they repeated the statements about “the coup”, about “weapons at protesters on Maidan,” about “Yanukovych will not run away and preparing a peace agreement with the opposition” as “split the country and handed over the Crimea”.

In addition, Zakharchenko also said that when he escaped from Ukraine, they took with them evidence and conducts his own investigation. He claims that his “folders” there is “plenty of evidence that there was no need to start ATO”. However, the documents he showed, but just said show them to the court, which will “objectively and comprehensively” consider the case of treason.

We will remind, on Monday, March 5, at the meeting of the Council of the European Union adopted a decision on the extension of personal sanctions against the ex-President of Ukraine Viktor Yanukovych and his 13 associates. Among them are former Prime Minister Mykola Azarov, former interior Minister Vitaly Zakharchenko and former head of the presidential Administration Andriy Klyuyev.

Videosu reported, why lift sanctions against the ex-officials of times Yanukovych

The lifting of sanctions against Klyuyev, who was the owner of the company that was decorated Mezhgorye, the GPU is explained by technical reasons. At the same time, this year promises to bring court proceedings against the former Minister of justice Elena Lukash. But the GPU was not able to say whether to appeal the decision of the European court. 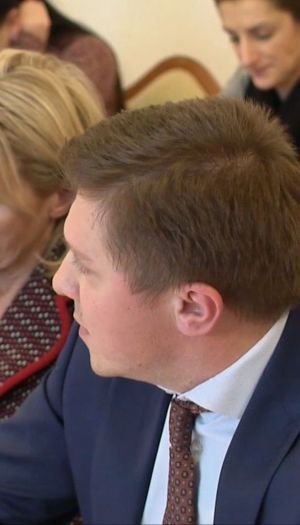