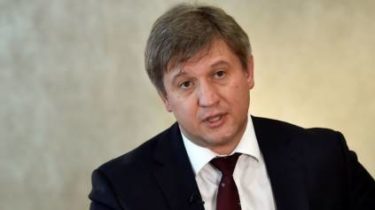 The European Parliament may approve the issue of the loan in June.

In June, the European Parliament may consider the question of giving Ukraine 1 billion Euro loan.

This was announced by the Minister of Finance of Ukraine Alexander danyluk after his visit to the European Parliament in Brussels, reports “UKRINFORM”.

“Now the key issue is time. I think everyone on this work to June, we went to the plenary session. It’s a pretty ambitious schedule, but this can be achieved. I think that it is realistic,” – said the Minister.

The terms of the tranches will be discussed after the approval of the program at the level of the European Parliament.

“And now we are working on implementing the conditions that did not allow us to obtain the previous tranche,” – said danyluk.

Unfulfilled conditions remained four and 21 that the EU put forward.

“About two we found the solution, on two we work,” said the Minister.

In particular, we are talking about the introduction of the automated checkout system of electronic declarations of officials and opening of registries, the ultimate beneficiaries of companies.

Also among the mandatory conditions of allocation of EU macro-financial assistance is the restoration of Kiev’s cooperation program with the IMF.

“All the support mechanisms within this package focus on the IMF program”, – said danyluk.

Meanwhile, the IMF saw the slowdown of reforms in Ukraine.