Kiev has set a temperature record of the century 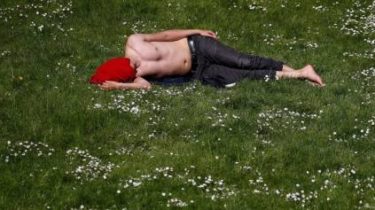 Kiev has set a temperature record of the century

The night of Thursday in the capital turned out to be abnormally warm and broke a temperature record was in 1956.

“According to the observations, 26 April in Kiev there was the warmest night since 1881”, – stated in the message of the Central geophysical Observatory named after Boris Sreznevsky.

Forecasters predicted the weather for protracted “may” weekend

The thermometer has not dropped below 16 degrees Celsius, which is 2.3 degrees above the previous record temperature for this date was in 1956.

“The temperature exceeded the climate norm for this day is 9.3 degrees and corresponds to the minimum temperature of 17 July,” – said the Observatory.

We will remind, in the coming days in separate regions of Ukraine will pass storm rains. Weekend warmer, in some areas even up to 28 degrees.