Details of detention of former MP in Germany: law enforcement officers stopped Kryuchkov due to the influx of refugees 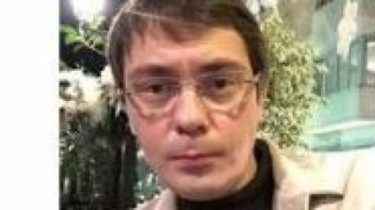 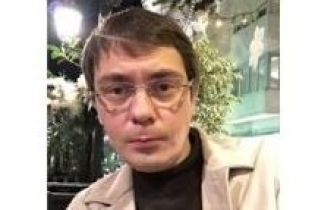 Details of detention of former MP in Germany: law enforcement officers stopped Kryuchkov due to the influx of refugees

A former ally of Yulia Tymoshenko, who is currently wanted by the NEB, is in custody in Bavaria. In Ukraine ex-the Deputy of the Verkhovna Rada Dmitry Kryuchkov accused of stealing hundreds of millions of hryvnia, “Zaporizhiaoblenergo”. Dmitry Kryuchkov about a year, hiding from law enforcement. It may not one year would have remained at large despite international arrest warrant.

However, one hot summer day in April many years of wandering ex-MP in Europe ended in the German-Austrian border. At the entrance to the “Alpine Republic” Kryuchkov stopped to check the documents of the German police. Cruel joke with a former MP from the Bloc of Yulia Tymoshenko, obviously, played a… the refugee crisis. It was because of the influx of refugees on the border of Germany and Austria, as an exception to the Schengen agreement, for several years has reinforced the control of documents.

Kryuchkov detention occurred on April 14, but details managed to find out only a few weeks. Instead of Salzburg, where, according to the sources of the DW, followed by Dmitry Kryuchkov, German militiamen taken Ukrainian court in the border town Rosenheim for election of a measure of restraint. Since then, told DW the Prosecutor’s office in Munich on April 26, Hooks in custody. German law enforcement has submitted to the Higher regional court of Munich’s request for the arrest before the time, until Ukraine received documents on the extradition.

Dmitry Kryuchkov – man of mystery. In 2006, at the age of 28 he became the Deputy of the Verkhovna Rada on the list of Yulia Tymoshenko Bloc. During the year an MP he did not participate in drafting any bill, never took the floor at meetings. The only thing he noted in his political activities had become a “carcass”. So Yulia Tymoshenko and her supporters dismissively called those deputies-deserters, who came from the BYUT faction and joined the “anti-crisis” coalition led by Viktor Yanukovych. In BYUT declared that the defectors joined the coalition headed by Viktor Yanukovych for millions in bribes. Soon the Parliament was dissolved and early elections of Hooks to win the mandate could not.

After a failed MP Dmitry Kryuchkov several years was in the shade. His “finest hour” came after the flight of Viktor Yanukovych and the coming to power of Petro Poroshenko. Hooks, who to that than just not doing – and construction, and trade, – served in the energy business, where for a few months develops Empire with a billion-dollar Corporation. Headed by the holding company “Grid” from the end of 2015, hand out of nowhere, suddenly falls under the “Golden rain”. Obviously, without the assistance in the corridors of power, a regional power company owned by the state, began to assign companies Kryuchkov right to claim debts from the industrial enterprises.

The largest scale of questionable debt transactions with a “Grid” made up in Kiev. In particular, local power companies, as reported by Ukrainian media, citing information from the court registries, yielded in favor of the company Kryuchkov right to demand of 112 million hryvnias of a debt at the “Zaporozhye titanium-magnesium plant”, the co-owner of which was Dmitry Firtash. According to information “Ukrainian truth”, the plant, according to the terms of the agreement, was to pay “the Grid” only 30 million. The remaining part of the debt – more than 82 million company Kryuchkov plant Firtash’s just “forgiven”. State “zaporizhzhyaoblenergo” left with nothing. As DW reported in the National anti-corruption Bureau created by Kryuchkov corruption scheme caused the state company losses totaling more than 346 million. Himself Hooks rejects the accusations and claims that the planned power companies to pay part of the debt in installments.

Dmitry Kryuchkov in an interview with Ukrainian media, hiding from the investigation, said that the case against him is “fabricated and politically motivated”. The ex-the Deputy in interview to “the Ukrainian news” after the flight compared his case with the criminal prosecution of other former politicians, who have earned hundreds of millions on operations with the state energy companies – Nikolay Martynenko and Oleksandr Onishchenko. Hooks argues that the purpose of the NEB is to take suspects into custody to put pressure, not the fight against corruption. At the same time, the fugitive does not hide that he had in the power sector ambitions, even more Martynenko or Onishchenko. The head of “the Grid” was planned to take part in the privatization of several energy companies, primarily the “Tsentrenergo”, a kind of pattern: through the purchase of debt. The creditors Committee took the Hooks state-owned companies under control, and, if not compelled flight, could become the owner of “Centrenergo” – “through the backdoor”. Despite the fact that transparent privatization of this company is one of the key demands of the International monetary Fund to the leadership of the Ukrainian state.

The statement of Dmitry Kryuchkov about the political subtext of the criminal case, probably, are not random. The fact that under the European Convention on extradition, the country may refuse to extradite a suspect if there is reason to see the political motivation of criminal prosecution. In order to talk about the political subtext, as practice shows, it is not necessary to be a prominent opposition politician. In particular, the Deputy of the Verkhovna Rada Oleksandr Onishchenko, who admits that he bribed MPs in the interests of Petro Poroshenko, seeking political asylum in Spain, claiming persecution by the Ukrainian President. And billionaire Dmitry Firtash for several years in Vienna with varying degrees of success resists extradition to the United States where he is suspected of corruption. In the court of first instance Firtash won by convincing the judge that the United States is seeking his extradition for the fact that the oligarch supported the “awkward for Washington,” Vitali Klitschko. The Supreme court, however, rejected a political subtext.

What role in Ukrainian politics played a detainee is now in Germany Dmitry Kryuchkov, hard to say. However, it is also hard to imagine without strong ties in the government offices as quickly earn hundreds of millions in state companies. Political relations Kryuchkov already several years is subject of speculation in the Ukrainian media. Journalists indicate, in particular, the fact that Kryuchkov “Grid” worked the brother ex-the Minister of energy Yuriy Prodan Peter – in a time when Hooks began to make millions controlled by the Ministry of public power companies. Investigative journalism also indicates that brother Dmitry Kryuchkov, Leonid at the time was the Deputy of city Council from the Bloc Chernovetsky. His colleague in the faction a few years-this was a close ally of President Poroshenko Igor Kononenko.