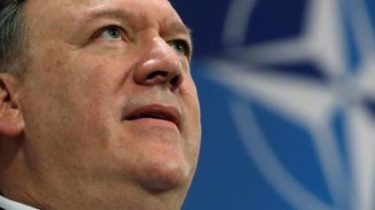 The desire of Kiev was discussed during the Brussels meeting of NATO.

Many countries-members of NATO expect from Ukraine actionsthat would allow her to hope for membership in the Alliance.

This was stated by U.S. Secretary of state Mike Pompeo after a meeting of foreign Ministers of member countries of NATO in Brussels, reports UNIAN.

“I think there was a large group (of Ministers), which I hope that the Ukrainians will start actions that will lead them to where they can be a contender for NATO membership,” – said U.S. Secretary of state.

Pompeo noted that Kiev “there is a lot of work to do, you have a long way to go to achieve this”.

NATO Secretary General Jens Stoltenberg has said that during the Brussels meeting, the Ministers discussed the aspirations of Ukraine, Macedonia, Bosnia and Georgia to the membership in the Alliance.

Stoltenberg said that “the open door policy is an historic success for NATO, which makes a significant contribution to peace and stability in the world”, reports “European true”.

“Only from a specific country depends on whether she wants to join the Alliance. Only a country can apply, and 29 countries will decide how to respond to it. No one can affect this decision,” – said the Secretary General.

After a few hours in the Belgian capital will begin to gather the foreign Ministers of all 29 member countries of the Alliance. The meeting should invite the Minister of foreign Affairs of Ukraine to talk about the prospects of our country’s membership in NATO, and on strengthening the defense capability of Russia. However, the decision is due to disagreement with the new Ukrainian language law was blocked by Hungary. 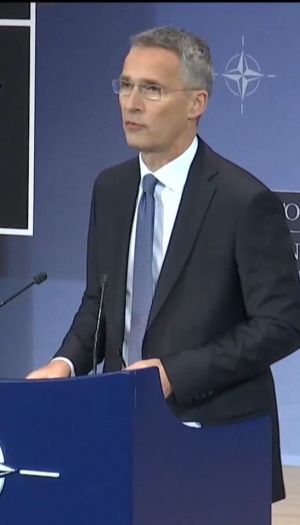