“Moskvich” with the suspension of BMW and designer electrodip: in Kiev, launched an exhibition of unique cars 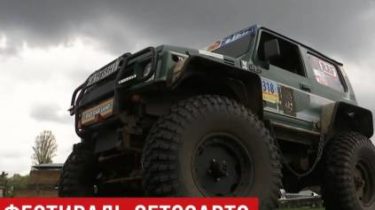 “Moskvich” with the suspension of BMW and designer electrodip: in Kiev, launched an exhibition of unique cars

The festival will last the next four days.

In Kiev on the territory of the aviation Museum launched a large-scale festival of vintage cars, motorcycles and buses. Presents it a exclusive car, which in Ukraine exist in a single copy, says the story TSN.19:30.

Exhibits collected a few hundred, and they are all on the go. Their old machines were brought both Ukrainians and foreigners. Of allari of Sillaste brought from Estonia, a converted Moskvich BMW with suspension and motor from Lada. “The price will be 45 euros. It is a unique car,” – says the owner regarding the amount for which it would be possible to sell a car.

Next is painted in orange, a scooter, popularly known as “Morhunivka”, which released more than 60 years ago. The pride of the organizers – the German “Lloyd”, only in Ukraine. The car was acquired by the leaders of the Zaporozhye plant in the 1960’s, the wizard fully restored this copy, and now it looks like just off the Assembly line. As a professional electronics showed himself assembled jeep with the wheels of the APC, a body of Japanese “Suzuki” and batteries from “Tesla”. “On a single charge can travel 110 kilometers,” says the owner, adding that the SUV is being charged a half hour. But it was such a miracle enthusiast insane amounts of money. “Two “Tesla”, – he said.

On the territory of State aviation Museum started the festival of retro cars. The event is organized for the fourth consecutive year. This year, guests will see a record of more than a thousand exhibits from different countries of Europe. Some of these cars exist in a single copy. The festival will last until may 1. 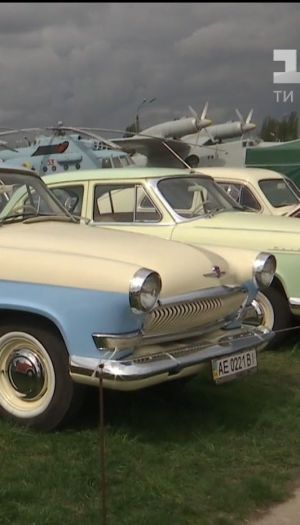