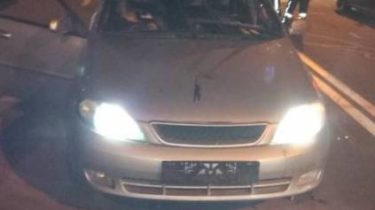 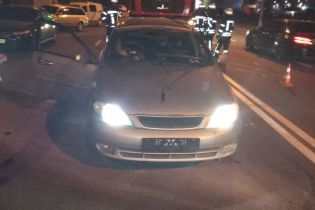 The identity of the victim and the victim installed, they were familiar with each other.

The police of Kiev, established the identity of the deceased and the injured from the grenade explosion in the car, which happened last night. About it reports a press-Department service.

“These people, they were familiar with each other. The explosion occurred after one of the two men got into the car and they drove off. As witnesses say, no one before, except for these two persons in the car did not sit down and never left it afterwards,” said the head of national police of Kiev Andrey Krishchenko.

Police consider two versions of events – or a grenade tossed in the car, or the driver or passenger had the ammunition to yourself.

“We consider two versions of what happened: the attempted murder of two entities and, therefore, someone threw a grenade into the vehicle, and careless handling of munitions. All this will be checked during the investigation,” – said the head of the Metropolitan police.

We will remind, explosion has thundered on the eve at 22:20 in the Darnytsia district of the capital. In the car “Chevrolet” which moved, a grenade exploded. As a result of explosion one person was killed, another was injured and was hospitalized. Criminal proceedings opened under article “murder”.