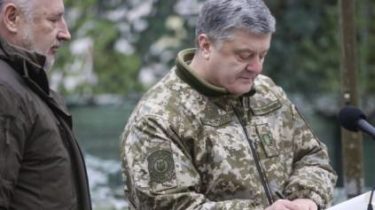 ATO ceased to exist on the last day of April.

President Petro Poroshenko signed a decree on the beginning of the operation the combined forces. This document put an end to the antiterrorist operation in the Donbass, says the story TSN.19:30.

Guide the actions of the security forces now assigned to the Armed forces of Ukraine, not security service, as it was until now. Operation United forces encompasses the Luhansk and Donetsk region and the Azov sea coast. These areas are divided into three zones according to the level of security: “green” means to travel and stay there without restrictions, in the “yellow” zone this requires appropriate documents, and “red” is a zone of hostilities where civilians will be allowed. Their boundaries will determine the commander of the United forces.

Videoporoshenko signed the order, which is made up of ATO in the Donbas

The President signed the order “About the beginning of the operation of the United forces.” Today the responsibility for the situation in the Donbas is on the military, not the security Service, as it was before. Operation United forces encompasses the Luhansk and Donetsk region and the Azov sea coast. 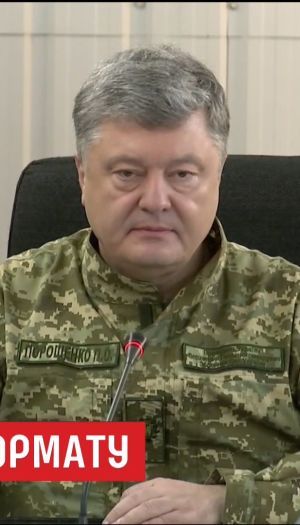 For this position the President appointed Lieutenant General Sergei Naeva, who was Deputy head of the General staff of the Armed forces of Ukraine. However, Poroshenko left the possibility again to declare the ATO, if the terrorist threat. “The ATO has ended. The confrontation of aggression, resistance to the Russian aggressor will end when will be released the last scrap of Ukrainian land on the territory of Donetsk and Lugansk regions and the Crimea”, – said the President.

ATO ended. Poroshenko announced the beginning of the operation the combined forces

As reported, on April 30, President Petro Poroshenko congratulated the commander of the joint forces in the Donbas General Sergey Neva happy birthday. “Thank you for the brilliant performance of their military duties, we all extremely appreciate your personal contribution to overcoming the Russian aggression”, – said the President. “I want to wish happiness, good health, victories and peace for all of us! Keep it up, General!”, – added Poroshenko.