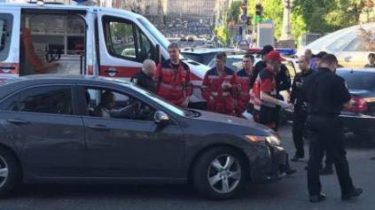 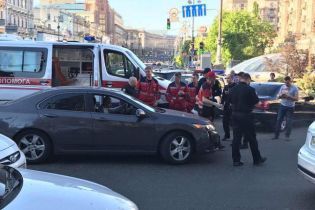 Another man who hit the Deputy, declared suspicion in absentia.

The criminals who on the evening of 30 April in the center of Kiev attacked the MP Mustafa Nayem, injuring him, declared suspicion.

About it reported in a press-service of the Prosecutor of the capital.

“The Kiev local office of public Prosecutor No. 10 declared suspects attackers involved in bullying and causing bodily harm to the people’s Deputy of Ukraine Mustafa-Masi Nayema”, – stated in the message.

According to authorities, the detainee it is declared suspicion under part 2 of article 296 (hooliganism committed by group of persons) criminal code of Ukraine.

Also, the Prosecutor confirmed that two of the detainees (1999 and 1996) have Russian citizenship, the third party beating – Ukrainian.

Now the issue of election of a measure of restraint, and seized their Mercedes-Benz Geländewagen placed on shtrafploschadku.

In addition, it was declared in absentia on suspicion more to one person, which directly caused Moustapha nayem punch in the face, causing injuries of moderate severity.