A grenade explosion in a car on the weekends to have fun: the friends of the deceased journalist talking about killing 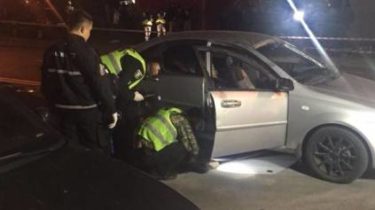 A grenade explosion in a car on the weekends to have fun: the friends of the deceased journalist talking about killing

The version of careless handling of weapons they deny.

Tuesday at Baikove cemetery and said goodbye to the journalist Vitaly Cuxoy, who last Friday became a victim of explosion in the car. Then the incident called the family squabbles between the stepson and stepfather, but reporters found the new circumstances of the episode, says the story TSN.19:30.

With the dead goodbye without music and military honor, next was mother, wife and children, and the ceremony took place in Kiev columbarium. 45-year-old Cooksey served in the ATO Communicator, wrote a lot about military equipment. According to preliminary data, a grenade exploded in his hands, and driving a car was a 24-year-old Andrey seroshtan. What happened in the car, the people’s Deputy Igor Mosiychuk called family quarrels between stepfather and stepson.

At Baikove cemetery today said goodbye to Vitaly Cuxoy. Last Friday, a journalist with another man has become a victim of explosion in the car. Then the incident called the family squabbles between the stepson and stepfather. TSN was able to talk with friends of the deceased and find out new circumstances of the episode. 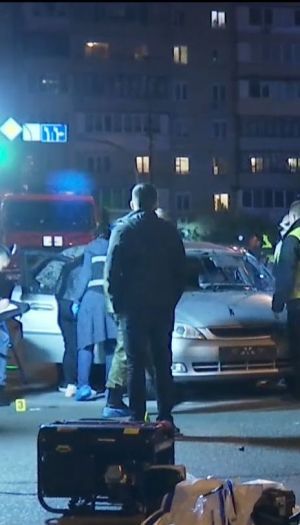 The police this information is not officially confirmed, but it refutes the friends of the deceased. “The car was the guy’s daughter,” they say. A friend of the victim Sergey Suprun rejects any family quarrel with the use of grenades and says that the family noticed changes in behavior Vitali. A few days before the incident, he replaced the driver and deleted his page in the social network. “Vitalik took away and brought Larisa directly from work. And he for a few days asked to have him picked up and delivered by someone else. And that someone else turned out to be Andrei”, – said Sergey.

Fighting sister Stump Oleg Chalupsky convinced that he knew how to handle a gun, knew all the risks of treatment with grenades, therefore, rejects any insinuations about alleged careless handling of weapons. “The fact that he wouldn’t play with a grenade is a fact. He was very far from a grenade. Could use knew what it was, but to play he wouldn’t”, says the sister. So he, like the friends of the deceased, is inclined to the version about murder of the journalist.

Back in the day of the incident sounded the idea that the grenade into the cabin of a car could throw. Meanwhile, the police are the most secretive investigation of the explosion. While it is known that the victim came to himself and questioned him, he is in the hospital, his condition critical. The entrance to his house guarded. Relatives notifying doctors about the responsibility for the dissemination of any information, so physicians no information provided.