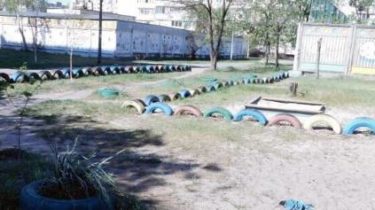 The incident took place in Obolon.

In Kiev Obolon, a drunken man during the conflict severed ear to a friend.

“In the Obolon police Department from doctors received a report about the provision of medical care 31-year-old man with damage to the ear was hospitalized street North”, – stated in the message.

As militiamen found out, the two friends were drinking together in the yard, between them there was a conflict that escalated into a brawl. As a result, one of the men grabbed another by the ear and yanked, and then they parted.

“Both were in a condition of strong alcoholic intoxication, therefore, the absence of the ear the victim only noticed then how come a friend, who called doctors,” – added the police.

Now 32-year-old offender was detained, the criminal proceedings under article about causing deliberate injuries of average gravity of the Criminal code of Ukraine. The issue of detainee Declaration of suspicion and the election of a preventive measure. He faces up to three years of imprisonment.

We will remind, earlier in Kiev the man was attacked with a screwdriver on the taxi driver. Now the attacker wanted.