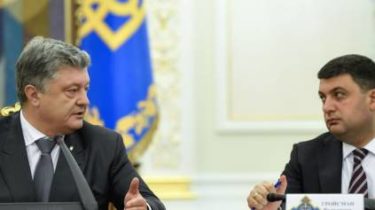 The President supported the proposal for a legislative solution to strengthen liability for violations of electoral rights.

The President of Ukraine Petro Poroshenko condemned the facts of bribery of voters during voting in the United communities (GRT) in this Sunday, April 29.

“I am very concerned about the number of facts of bribery of voters by some political forces. For me, as President and guarantor of the rights and freedoms of citizens, including electoral rights – is totally unacceptable,” said Poroshenko at the meeting of the Council of national security and defense.

The President drew attention to necessity of strengthening of responsibility for such crimes. He appealed to the representatives of national police, SBU and Prosecutor General’s office to bring cases of violations of election laws to its logical conclusion, to “anyone who committed this crime against democracy, was in prison… Not only performers, but also those who organized the scheme. Stay in opposition does not give political protection from prosecution”.

Poroshenko supported the proposal for a legislative settlement of strengthening of responsibility for violation of electoral rights “will be held accountable for these crimes. Bribery of voters – out of the past and is unacceptable for modern Ukraine”.

“At the meeting of the NSDC are discussing the election results in General relativity. One Maidan arose from fraud, the second – disrespect to people, and now we are seeing again buying votes. We do decentralization and reform?”.

Recall, between “Batkivshchyna” and BBP there was a scandal because of the election in the United communities.

The day before the vote took place in forty communities. In Batkivshchina party declared victory in the elections in a United local communities. However, in the ruling party, the numbers are called opposite. “BPP” accuses “Homeland” of bribing voters, and it “BPP” – to use administrative resources. 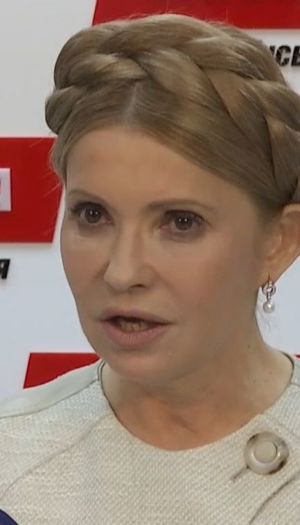 The website of the President of Ukraine
,
Twitter/Vladimir Groisman