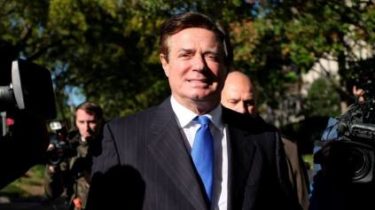 The GPU has denied claims by The New York Times, which has stopped collaboration in Manafort in exchange for “Javelin”.

U.S. law enforcement authorities have not addressed the Prosecutor General of Ukraine concerning the provision of international legal assistance in the case of Paul Manafort.

This was stated by the Deputy Prosecutor General of Ukraine Yevhen Yenin.

“Officially confirm the absence of a request of US law enforcement in the GPU on the provision of international legal assistance in the case of Manafort”, – he wrote in comments to the post in Facebook the people’s Deputy Vladimir Aryev, who complained that The New York Times pulled out of context his comment regarding the case of Manafort.

On his page on the social network, ENIN said that he was “frankly surprised” the latest publication of The New York Times on presupune cooperation of the GPU with the law enforcement bodies of the USA, in particular in the case of Manafort.

The white house denied the pardon Flynn and Manafort

“I hope that this is a trivial error in translation, since no problems in international legal cooperation between GPU and our American partners out of the question. The best evidence of this is returned from the U.S. in Ukraine more than 600 thousand dollars. The United States under the production-related mentioned in the article “new York times” production,” wrote Deputy attorney General.

“No “restrictions” to comply with a request for international legal assistance with the United States do not exist in nature!”, – added Eugene ENIN.

Frankly surprised by the recent publication in the new York times regarding the suspension of cooperation with law enforcement, GPU…

In the article The New York Times of 2 may, the journalist Andrew Kramer argues that the Prosecutor General of Ukraine Yuriy Lutsenko has almost frozen four cases, where appears Manafort, reports Voice of America.

“Things are too sensitive for the government, which counts on financial and military aid the United States and knows that trump a negative attitude to the investigation, which conducts special Prosecutor Robert Mueller in the matter of possible collusion between his campaign and Russia, according to some parliamentarians,” – says the article.

The American publication claims that the GPU has decided to discontinue the investigation when the administration of Donald trump finally made the decision to supply anti-tank weapons “javelin” in Ukraine.

While The New York Times quoted the Deputy Vladimir Aryev, who allegedly confirmed that Kiev intends to freeze cooperation with American investigators.

“By all means we will try not to irritate American officials, we should not spoil relations with the administration” – a review of the Deputy leads edition.

Vladimir Aryev said that his quotes in full was: “I is not known, whether asked American colleagues to the Ukrainian. I can assume that because of the existing situation in the country Ukraine avoids all things that can irritate the American administration, but if the American investigators will go to the Ukrainian, the Ukrainian side will do everything necessary in accordance with existing bilateral agreements”.

Didn’t want to write here for a long time – so forced. New York times in his article pulled out of context my comment. Didn’t expect…

Published by Volodymyr Ariev 2 may 2018.

Videoex, chief of staff of the trump PR and Yanukovych by Paul Manafort will stand trial for six months

The first hearing on his case is scheduled for September 17. Manafort investigating the Russian influence on the election of the American President. However, the charges against him are not through the relationship with the Kremlin. Former chief of staff trump is accused of laundering more than $ 30 million, illegal lobbying of the Pro-Kremlin Yanukovych and his ammo and tax evasion. Manafort pleaded not guilty. 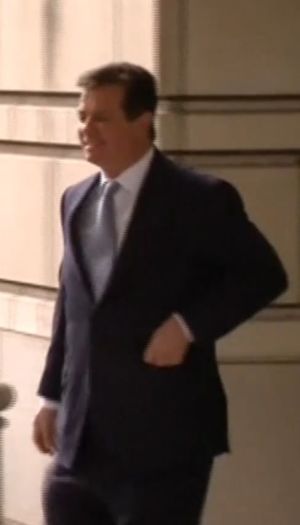 Recall that the Floor of Manafort, a former PR Victor Yanukovych and the former head of the electoral headquarters of the trump, in the US, charged with 12 charges.

The main – plot against the United States, money laundering, tax evasion and false statements. Manafort could face up to 80 years in prison.

Also in mass media there was information that Manafort promoted the interests of Putin in the United States. In particular, it’s kind of been done through a well-known Russian oligarch Oleg Deripaska. At the same time, the latter denies the accusations, and almost obscene comments when Manafort.