“Draw your own conclusions”. Brother Nayem commented on the court ruling in relation to the abusers of the MP 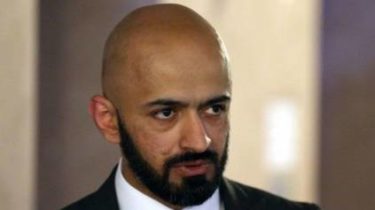 “Draw your own conclusions”. Brother Nayem commented on the court ruling in relation to the abusers of the MP

Mass Hire has hinted at the ambiguity of the trial

The only encouraging news in the beating of people’s Deputy Mustafa Nayem – the Prosecutor’s office received permission for the detention of the suspect, who fled.

This was written by Masi Nayem on his page in Facebook.

“International search – this is really not bad. At this stage,” he said.

According to Masi Nayem, also pay attention to the fact that on Wednesday, may 2, measure the first suspect in the beating of his brother, citizen of the Russian Federation Saitou Magomed-Saleh, Abuevich, to which the least of the claims were considered by the day and online broadcast viewed 14 million people.

“His participation in the incident was that he pushed my brother, including in the back (in the video is clearly visible). Implicating it to continue fighting on the other side of the arena – the consequence establishes his involvement,” he said.

At the same time, proceedings against the second suspect, a citizen of Ukraine Saitov Akhmed-Abubakarovicha, occurred in the evening, and online live as it happens, not 1800 people.

“The third suspect, a citizen of the Russian Federation Timerbulatov Umat Nixon, who of the detainees took the greatest part in the beating, was seen already after ten in the evening. In General online broadcast looked at 1000 people. His participation in the incident was that he kept Mustafa’s hands when he was hit, and that he continued criminal acts on the other side of the arena city, when my brother tried to stop the person who inflicted the first blow, before the arrival of the police,” – said the Mass Hire.

In addition, he drew attention to the fact that in the last two meetings of the joint Prosecutor and the judge.

“The Prosecutor Yovenko – senior group of prosecutors in the case, Mustafa. Draw your own conclusions”, – he wrote.

Wednesday, may 2, the court chose one of the detainees, Mohammed Sitovo – a measure of restraint in the form of a round-the-clock house arrest. He said in court that “nobody wanted a fight”. Subsequently, under night house arrest sent two more participants of the fight.

In turn the brother of the MP Mass Nayem said that the Mustafa deteriorated condition. “It is unclear why temperature is held”, – he said.