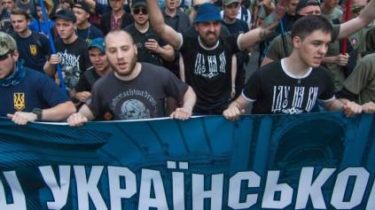 March of the Ukrainian Order © UNIAN

The speech of the leader of the Odessa Right sector Tatyana Soykino met with applause.

The organizers were IN “Freedom”, the Right Sector, national body. The event was dedicated to the tragic events in the regional center on may 2, 2014when Pro-Russian activists tried to seize the authorities and to proclaim the so-called Donetsk people’s Republic.

During a speech before those who gathered in the Park, the leader of the Odessa Right sector Tatiana Soykina said: “we believe, We believe that in Odessa and in Ukraine, things Ukrainian true order. Ukraine belongs to Ukrainians, not Jews, not of the oligarchy”.

The performance of Soykino greeted with applause.

We will remind, the bloody events on may 2, 2014 began when Pro-Russian activists attacked the football ultras of the local “Chernomorets” and FC Metalist Kharkiv, near the Greek area. First, fans threw rocks and stun grenades, and then began to shoot at them from a firearm. At that moment killed two Pro-Ukrainian activists. However, the participants of football March then went to the Kulikovo field where the camp was Pro-Russian provocateurs. In the city house of trade unions caught fire. At this time the premises were separatists. The clashes and fire in Odessa killed 48 people. In particular, six died from bullet wounds, eight from falls from height, 34 were victims of carbon monoxide poisoning, and burns.

In September 2017 the black sea, the court acquitted 19 of the participants of Odessa “Antimaydana” who were accused in the riots and which required from 8 to 15 years in prison. Two antimaydanovtsev – Sergey Dolzhenkov and Russian Evgeny Nefedov – remain in custody.

In addition, no sentences against the officials. So, already former chief of militia of public security of Odessa Dmitry Fuchedzhi is on the territory of the Russian Federation, the former head of the Ministry of emergency situations in Odessa region Vladimir Bodelan hiding, ex-head of regional militia Pyotr Lucy charged.

After the bloody events to stabilize the situation in the region by the Chairman of the Odessa regional state administration appointed the people’s Deputy Igor Palitsa.

Then from gunshot wounds and the fire in the local House of trade unions killed 48 people. Several times there were heated debates between different groups of people. The police respond immediately – immediately intervene in the conflict and brings provocateurs from the crowd. 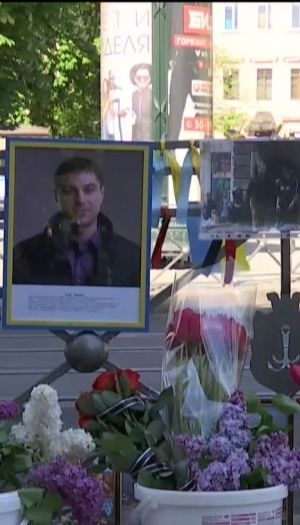