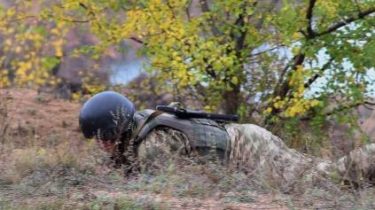 During the fighting was wounded four mercenaries.

For the past day situation in the area of operations of the combined forces remained unchanged, the enemy 22 times used artillery and mortars.

About it reported in a press-the centre of Operations of the joint forces.

“The fighting continued mainly in Avdiyivka and Mariupol directions. The Ukrainian units were active in defense. During the fighting in the units of our troops injured three soldiers. They quickly taken to the hospital. The condition of injured is satisfactory”, – is spoken in the message.

According to intelligence, for may 2 the loss of manpower – four wounded. Ukrainian military prevented their evacuation.

“During the night the current day, may 3, on the line of contact continued in relative calm. As of six o’clock in the morning today, may 3, the loss of our soldiers there,” – added to FOS.

We will remind, near Shyrokyne after attack by militants Ukrainian military disappeared. The command has taken measures for his search.