“It’s a miracle”, was sentenced to 13 years Brazilian Thriller “LDNR” is loose in Kiev and lives in the monastery 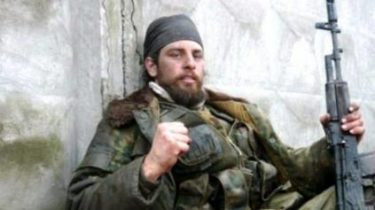 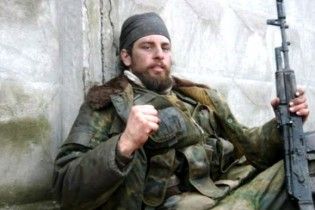 “It’s a miracle”, was sentenced to 13 years Brazilian Thriller “LDNR” is loose in Kiev and lives in the monastery

The verdict on the conclusion overturned, and the term of a measure of restraint has expired.

Brazilian Rafael Marques of Lusvardi, which was condemned Ukrainian authorities for their participation in the war in the Donbass, is now at liberty.

“These are the words of my attorney: “Rafael, what you free is a miracle. Pray and thank God for that,” so Lusvardi explained how was free. However, according to the register of court decisions the emergence of a Brazilian gunman on the loose not a miracle. As stated in the resolution from August of last year, the verdict on the conclusion of Lusvardi 13 years cancelled because of the number of violations. In addition, appointed a new trial.

One of the violations – to consider the case of Lusvardi was not the Pechersky court of Kiev, Pavlograd district court of Dnipropetrovsk region. However, after the abolition of the sentence of the Brazilian was not immediately released and remained in detention in Kyiv SIZO. The measure of restraint for him was changed in the end of the year and released under the personal obligation. This change was initiated by the Prosecutor in the case, Igor Wolf.

According to him, Lusvardi was released from prison, because he planned exchange of prisoners of war “DNR” and “LNR”. However, the exchange never took place, however, the Brazilian was back behind bars. Why exchange did not take place, the prosecutors don’t know and guide the SBU. Security service is also silent.

It was barbaric: convicted Brazilian told why he fought for terrorists “DNR”

Then, in mid-February, the period of validity of a measure of restraint expired, and a new one was not elected. As explained by the Prosecutor Igor Volk, a new measure of restraint cannot be assigned as Appellate and Supreme court clarified jurisdiction. But it must appoint at the preparatory meeting in June.

Thus the Brazilian a year after being sentenced to 13 years in prison received full freedom of movement in Ukraine. Now he is in the Holy protection goloseyevsky monastery and reflects us in order to become a monk.

Recall, Brazilian mercenary “DNR” and “LNR” Raphael of Lusvardi received 13 years of imprisonment with confiscation of property. In court the defendant admitted his guilt and said he regretted it. Evidence in court has led to numerous public videos posted on YouTube, which Lusvardi in the ranks of the militants Donbass talks about his “exploits”.

In particular, the Brazilian mercenary of the terrorist organizations “DNR/LNR” Rafael Marquez of Lusvardi – a supporter of Stalinism and Nazism, Russian Eurasianism – was detained on arrival by plane at the airport “Borispol” from Brazil 6 October 2016. “In the fall of 2014, the 32-year-old professional killer arrived on the temporarily occupied territory of Ukraine and joined the band of “Viking”. Took part in the fighting in the area of Verhulivka, day, Gorlovka, Starobeshevo, Debaltsevo, Donetsk airport,” – said the SBU after the arrest.