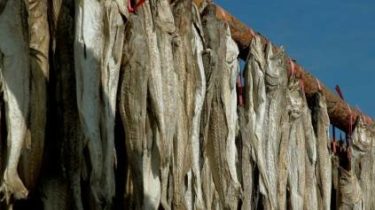 Kiev bought fish at the market for the Husbandman.

In Kiev has registered a case of botulism from the man who ate the dried fish, purchased at the elemental market, the Husbandman.

About it reported in head Department of Gospodarevskaya capital.

“The patient had consumed a specified fishery products 28.04.2018 for medical assistance 30.04.2018 to the Alexander hospital in Kyiv, where he was hospitalized in the infectious Department of the emergency room with a diagnosis of botulism, for medium gravity”, – is spoken in the message.

In addition, it is noted that to prevent new cases of botulism among inhabitants of Kiev, Metropolitan state foods and consumer service appealed to the police for the adoption of appropriate response measures to stop the trade in unauthorized places in the Podolsk district.

Recall that in Ukraine for 2017 botulism sick 76 people, 11 of them died. Almost all of them ate dried fish that contained the toxin. 2014 serum from the botulism was not officially – the relatives of the victims searched for “grey”.

In October last year, the international Committee of the red cross handed over to Ukraine 150 protivobotulinicheskoy immunoglobulin doses and 200 doses of immunoglobulin against tetanus in Europe.