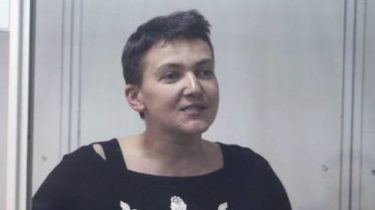 The detainees refer to constitutional rights.

The people’s Deputy Hope Savchenko and Director of the Center for the release of prisoners “Officer corps” Vladimir Ruban not give testimony for the investigation. This was announced by the Prosecutor of military Prosecutor Alexander Vinnik, reports “Interfax-Ukraine”.

“Savchenko and Ruban while not testify, referring to article 63 of the Constitution,” said the Prosecutor.

Lawyer Ruban noted that the deposition is a right and not an obligation of the suspect.

Today, the court extended the measure Ruban in the form of detention for two months.