The “barbaric situation”: Avakov accused the Russians in the use of laser weapons in the Donbas 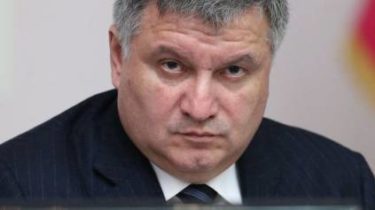 The “barbaric situation”: Avakov accused the Russians in the use of laser weapons in the Donbas

He also talked about the countermeasures against advanced weapons.

The Minister of internal Affairs Arsen Avakov said that to save the view of the military countermeasures being developed on the Russian laser weapons, which the aggressor has used four times.

He said this during a visit to the hospital of the state border service, says the website of the Ministry of internal Affairs.

“Today we visited the two fighters, who on behalf of the President presented state awards”, – said the Minister. He stressed that one of the men suffered from the new weapons of the Russian aggressor – laser, which affects the retina of the eye.

As Avakov noted, there are already several similar cases, and the State border service and natshvardiyi. According to the Minister, countermeasures for weapons already accumulated, although it is still not entirely clear what uses the aggressor. Avakov promised that they will put the appropriate filters, Cutlery and glasses. In addition, for the military will also develop a statement.

“The use of such weapons – the barbarian situation. We will discuss it at the international level”, – he stressed.

We will remind, about weeks ago, Ukrainian military got a burn on the retina of the eye. The man was blinded by the beam, which is used from the temporarily occupied territory. Soldier was hospitalized.