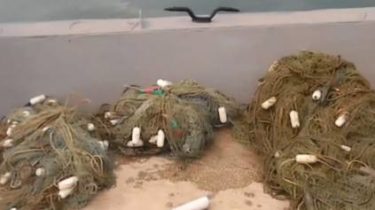 In Kiev believe that “the detention of a Russian fishing vessel is a usurpation of the sovereign Affairs of Ukraine concerning these waters”.

The Ministry of foreign Affairs of Ukraine demands from Russia to release detained near annexed Crimea, the Ukrainian fishing vessel “NMR 0041” and his crew.

“Ukraine declares a categorical protest against the illegal detention of the Russian Federation of Ukrainian fishing vessel “NMR 0041″ and its crew near the Crimean coast. As clearly highlighted in the UN General Assembly resolution 68/262 of 27 March 2014, illegal aggression of the Russian Federation does not change the status of Crimea as part of Ukraine’s sovereign territory. Ukraine remains a coastal state in respect of waters adjacent to Crimea, including the territorial sea, which extends 12 nautical miles from its coast,” reads the official statement of the MFA of Ukraine.

The detention by Russia of the Ukrainian fishing vessel in Kiev, called the “usurpation of the sovereign Affairs of Ukraine concerning these areas and is a violation of the UN Convention on the law of the sea and customary international law. Ukraine demands the immediate release of the fishing vessel and its crew”.

We will remind, the so-called border of the occupied Crimea detained the ship because, they say, the fishermen “illegally extracted flounder in the exclusive economic zone of Russia”. Subsequently, the Russian FSB accused the Ukrainians in the destruction of more than 70 dolphins in the occupied Crimea.

The assistant head of the state border service of Ukraine Oleg Slobodyan said that this vessel has crossed the border of Ukraine without the relevant permission.

“This ship had permission to fish within 12 nautical miles. Right output for this line. Therefore, the responsibility for what happened because of their output for domestic territorial waters belong exclusively to the captain of the ship,” – said Slobodyan.

After returning with the ship’s captain and crew will carry out a conversation.

This was announced by the occupation of the Crimean Directorate of the border service under the FSB. Ukrainians were fishing near the Crimean Cape Tarkhankut in the Black sea. These waters are the exclusive economic zone of Ukraine. But the occupiers after the annexation of Crimea consider their. The fishermen were detained for alleged illegal fishing of turbot. 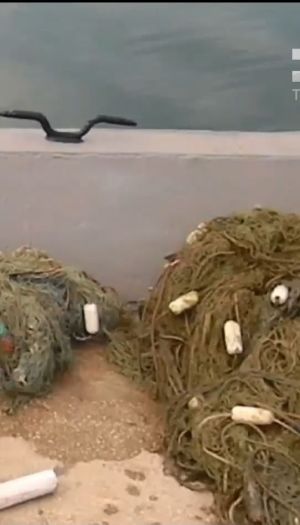