In the Crimea, a man was sentenced to 2 years in prison for Pro-Ukrainian comments on the social network 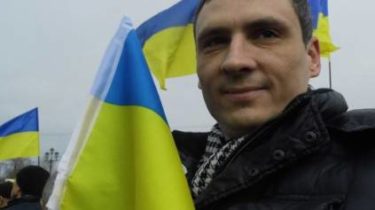 In the Crimea, a man was sentenced to 2 years in prison for Pro-Ukrainian comments on the social network

Igor Movenko was convicted of incitement to extremism.

“Court” in occupied Sevastopol sentenced Ukrainian Igor, Movento to two years of imprisonment in a colony-settlement.

Movenko, was found guilty of public appeals to extremism because of a few comments in the group “Crimea is Ukraine” in the social network Vkontakte.

The condition of the prisoner occupation in the Crimea has deteriorated Abdullayev, the foreign Ministry demands to allow Ukrainian doctors

The lawyer condemned the Ukrainian said that the sentence appeal. It should be noted that the Russian Prosecutor asked for Movenko two years of imprisonment conditionally.

The Ukrainian foreign Ministry has already reacted to the verdict to Igor, Movenko. “We Express our protest regarding the solutions of the occupying power to condemn Igor, Movenko to 2 years in prison. A political solution. Fight for liberation,” he wrote on Twitter press-Secretary of Department Mariana betsa.

2016 in the occupied Crimea: “Ukrainian saboteurs”, the blackouts and the banning of the Mejlis

We will remind, in November 2016 in Sevastopol, “the court” fined Igor Movenko for the use of the symbols of the regiment “Azov” on his bike. For this the “court” of first instance ordered him to pay a fine of 2,000 Russian roubles. Igor Movenko filed an appeal against this decision, but the “court of appeals” the occupiers left the decision unchanged.

In December 2016 employees of FSB have detained Igor Movenko coming to work for him. “A few hours, about 12 days, security forces brought Igor to our house in handcuffs. The door opened with a key, which is selected from Igor, even though I was home. By this time I already knew that Igor was taken to the FSB, because with me on the phone told his staff. Read us court ruling on carrying out a search, but my hands on a copy I was not given “, – said the activist’s wife Valentina.

She also added that she was forbidden to communicate with her husband, but he managed to tell her that he was beaten, threatened to put in jail if he confesses to extremism.