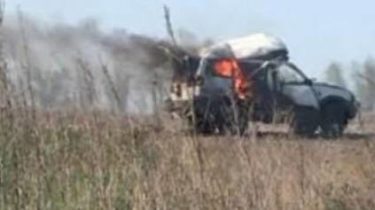 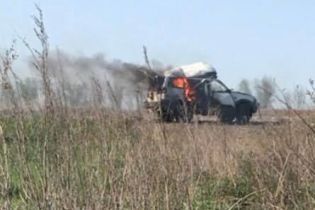 Volunteers in the shelling were not injured.

Near the settlement of Donetsk region Experienced as a result of shelling by militants was destroyed by the car volunteers with humanitarian aid.

It happened on Friday, 4 may at 16:20. The car belonged to the public organization “the Christian rescue service”, reports the press center of the headquarters Operations of joint forces.

At a distance of about 10 meters from the car, the driver and passengers heard a hissing sound and saw a likely a missile that flew from the positions of militants, presumably from the former terminal at Donetsk airport. Civilian vehicle with the property were destroyed.

Civilian on a military vehicle evacuated in Avdeevka. Volunteers “the Christian rescue service” was not injured.

Gunmen shot Zaitsev from heavy guns, and in Marinka mine fell in the yard of houses

Volunteer organizations Oleksandr Pavlyuk noted that as a result of the destruction of the car of their humanitarian work paralyzed.