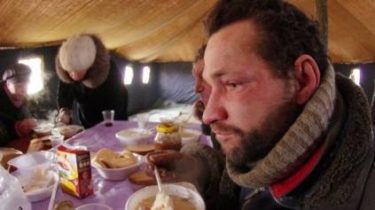 According to officials, a significant portion of people cannot obtain the necessary set of products.

In the occupied territory of Donbass locals lack food. In an interview with the website “Apostrophe” said the Deputy Minister of the temporarily occupied territories and internally displaced persons Yury Grymchak.

According to him, the UN decided to curtail food aid to residents ORDO due to lack of Finance. This was stated by the coordinator of the humanitarian programs of the UN in Ukraine Neil Walker.

He added that the situation with food in the occupied areas still remains difficult.

Earlier it was reported that Ukraine will receive 2 million euros from Italy for humanitarian assistance to the population of Ukraine, which has suffered as a result of the conflict in the Donbas. Humanitarian aid will be divided into three parts. 500 thousand Euro will go to the world food programme (WFP) to deliver food and basic necessities. Another 500 thousand euros will be given to the UNICEF for funding educational programs on mine safety. The biggest amount – 1 million Euro will be transferred in favour of the International Committee of the red cross to meet the needs of health.