In Kiev burned the restaurant, the woman is hospitalized 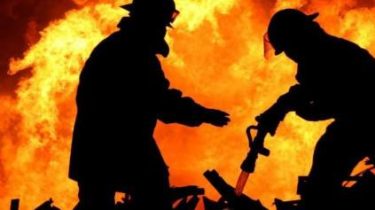 In Kiev burned the restaurant, the woman is hospitalized

In Kiev on the morning of 6 may on the street in a residential building caught fire in catering establishments. Reports a press about it-service gschs.

The fire originated on the first floor of a 4 storey residential building.

“While extinguishing the fire was discovered the injured woman with burns of the 2nd degree, which rescuers passed the medical service for further hospitalization”, – stated in the message.

The scene involved five units of basic and special firefighting and rescue equipment and 22 members of staff of divisions of head Department gschs of Ukraine in Kiev. Now the cause of the fire is established.

As previously reported, in Kiev, Metropolitan highway there was a fire in an open Parking lot. As found by the firefighters burned more than 50 cars.