Summer screens may disappear Ukrainian TV channels. In Russia are rubbing their hands 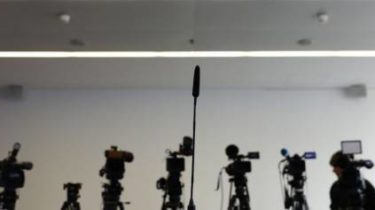 Summer screens may disappear Ukrainian TV channels. In Russia are rubbing their hands

A huge part of the country watching television for free via an ordinary antenna.

Since July of this year, Ukrainians can stay without TV. As stated in the story TSN.Week, this is no exaggeration, but a very possible reality. It may be the abolition of analogue television, i.e. that almost 95% of the audience of the country gets for free from his usual antennas.

Analog broadcasting, the government decided to cancel and switch to digital. This should occur before 2019, but recently the President has decided to drastically speed up the procedure and took the time to July. Of ironic that at the same time in many national TV channels are broadcast in analogue – ends license.

Experts already fear: it will not be the opportunity of the authorities to put pressure on a number of “inconvenient” channels? And still remains a very important question: what will happen to the Ukrainian TV, where now rampant invader? Even in a peaceful area, which borders Russia, the domestic analog and even digital broadcasts are hard to find, Russian channels – unlimited. Only 3% or one million two hundred thousand citizens of Ukraine TV ignore.

A huge part of the country watches TV through analog broadcasting, that is free signal. “The plan is that you’re dragged on for two years is unacceptable. Time you have till June. Well, until July. You need no more,” – said Petro Poroshenko.

The plan, which “extended and unacceptable” and which have now translated “before July” this year, the President said for switching off the analogue broadcasting throughout the country. This means that in July those who receive the signal via a conventional antenna instead of a picture on crane can be dark.

Roof Miropolsky houses in Sumy region, and is dotted with satellite dishes, and conventional analog. Television for local farmers – not only leisure. The population with no problems getting a signal with the Russian Federation.

Ukrainian signal here just falls short. The fact that the government have in mind to instantly turn off the analogue broadcasting – here you know almost of Russian news. But even with no alternative to Russian propaganda in the receivers monopolize talk Patriotic: “it was Necessary first to prepare a wide coverage of T2and then shut off analog. As it is done in normal people. To, say, all first built and then broken, and we have the first break, and then start to think: to build or not to build. In the border areas should have been first to do everything. People will rush to watch Russian. Ideological security of Ukraine, nobody cares” – says Aleksandr Batura, retired.

In the Kharkiv region in Riznykove village, 15 kilometers from Russia, this blue screens – elemenope the aggressor. It signals farmers receive on the Ukrainian antenna. Domestic channel, tell, catches only one here when the weather is nice. There’s even a special console T2 does not help.

Although T2 needs not just to improve Ukrainian signal, and to transmit it in digital format because it is the government is going to change to analog. Despite the fact that the coverage of analog broadcasting in the country is 95%, T2 15% less. Consequently, less free TV for the population.

The prefix T2 according to the program of the government even had to purchase for free for the poor, because getting it free is not a fad, but the norm prescribed in the Constitution.

Practice the transition from analogue to digital broadcasting worldwide. In Ukraine, it is beneficial to both the broadcasters and the audience. However, the story of the transition of the country the figure reaches more than ten years. The deadline was postponed – the government did was not technically ready. Only this year, in the Cabinet called the final date to January 2019.

Changes should be gradual. First, the analog signal would be switched off in most areas it covered. If the change from the analogue to the figure here was successful – then this step would be introduced in other regions of the country. However, the plan nearly a year’s transition has sharply reduced the President. “When we move to digital television is very important to understand clearly that we have digital coverage throughout the country. Now it is not so”, – said Mykola knyazhytsky, the head of Subcommittee of the Verkhovna Rada of Ukraine on issues of freedom of expression and information.

Strange in such a hurry and remains extremely important to the national security question: what will you do with analog broadcast in the occupied territories? Will not take their place Russian blue screens? As it is, in fact, already done at the border areas of Ukraine.

Interestingly, all T2 controls a private entity with unknown founders. We are talking about the company “Zeonbud”. Among its potential owners at the time, the media called, the entourage of Viktor Yanukovych. The fact that the national Council on television and radio broadcasting still wasn’t clear enough – weird. However, all those reservations gradually could be solved.

So why is the President so in a hurry ? The most unpleasant version might be this: it was in July, expire a licence from the national television to digital broadcasting. And coincidentally it was on July Poroshenko insisted to abolish analog broadcasting. “When there is no analog TV – the state will actually be able to redistribute the information space. And it is very important that this trip is not an element of censorship,” – said knyazhytsky.

Videocart a quick transition to digital broadcasting, millions of Ukrainians can stay without TV

Most Ukrainian watches TV with analog broadcasting, that is, free catches the signal antenna. On the eve of Poroshenko said about the necessity of transition to digital broadcasting until July. For a free digital format you need to use the console T2 is a private company. But as it turned out, among her possible owners of the time, the media called the names from the environment Yanukovych. 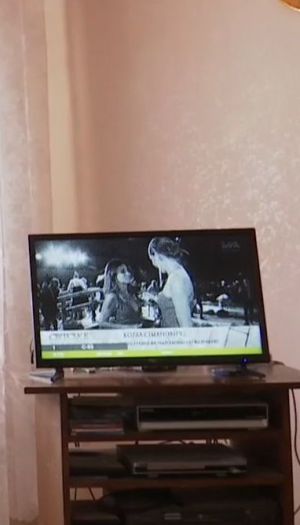