In Kiev – summer. Because of the temperature records spring was reduced by a month 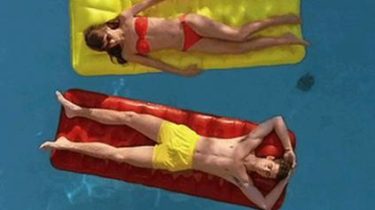 In Kiev – summer. Because of the temperature records spring was reduced by a month

Frost will be gone, promise climatologists.

In Kiev, due to a number of temperature records in early may, the climate scientists of the Central geophysical Observatory named after Boris Sreznevsky, announced the end of meteorological spring. About it reports a press-Department service.

“Now meteorological spring, which began March 24 and lasted only 36 days, ended, but during this short period in the capital 7 days was already summer with average daily temperature above +15,0°C”, – stated in the message.

Apply the cream and drink the water. How to escape from the summer sun

Spring in Kiev was nearly a month shorter than normal.

“This year, meteorological summer has come to Kiev for 16 days before average indicators. Before in 137 years of observation it started in 1996 – 22nd April”, added the Observatory.

Climatologists also noted that the onset of summer will protect Kiev from spring frosts.

As previously reported, in the coming days in Ukraine will be hot – up to 25-32 degrees. In some regions the rains and thunderstorms. The weather forecast for the week see the link.