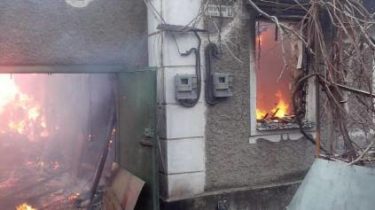 The security service of Ukraine published record of conversations the Russian military before the mass shelling of Mariupol in January 2015.

The results of the investigation released today at a briefing of the SBU, said in a Twitter Service.

As established investigators, the attack was carried out by fighters of “DNR” with the support and participation of two reactive divisionof the Armed forces of the Russian Federation. It became known that Russia operation directly led by the chief of rocket troops and artillery of the southern military district of the armed forces major-General Yaroshchuk Stepan.

Two division reactive systems of volley fire BM-21 “Grad” from the armed forces of Russia more than 120 times shot on a peaceful city. In the course went unguided high-explosive shells-21OF. Later, when the Russian military learned about the exit station of the OSCE mission, we began cowardly “sweep” up the crime and hide technique to return to Russia.

As noted by the Chairman of the SBU, the sanctions for the implementation of this terrorist act was taken by the highest political and military leadership of Russia. Hrytsak also pointed out that the team that shelled Mariupol, will take part in may 9 parade in Moscow on red square. Such actions of the Russian Federation he described as “extremely cynical”.

The findings of the investigation will soon give to the international court of justice at the suit of Ukraine regarding the violation of the Russian Federation International conventions on the suppression of the financing of terrorism and on the elimination of all forms of racial discrimination.