KIIS unveiled the latest presidential ratings of the Ukrainian politicians 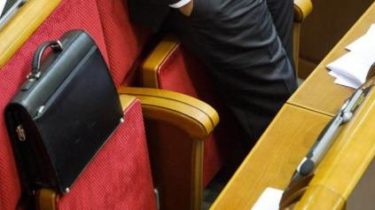 KIIS unveiled the latest presidential ratings of the Ukrainian politicians

Sociologists also explored the sympathy of citizens regarding parties.

Kyiv international Institute of sociology published the results of a poll regarding the possible sympathies of Ukrainians in the presidential elections. If presidential elections were held today, none of the politicians would not have won in the first round, according to a story TSN.19:30.

According to sociologists, the most votes would get Yulia Tymoshenko – 8% of respondents. Behind her settled Anatoly Gritsenko (6.3 percent), Oleh Liashko (6%), Petro Poroshenko (6%), Vladimir Zelensky (5,4%), Svyatoslav Vakarchuk (4,8%).

Videokarty, and the “servant of the people”, who are ready to vote Ukrainians in the next election

The results of a poll released by the Kyiv international Institute of sociology. If presidential elections were held now, the most votes would get Yulia Tymoshenko – 8%. To keep her company in the second round can Anatoliy Hrytsenko, Oleh Lyashko, Petro Poroshenko. Regarding parliamentary elections, among the parties, the threshold appeared the Unit Svyatoslav Vakarchuk and the “servant of the people”. 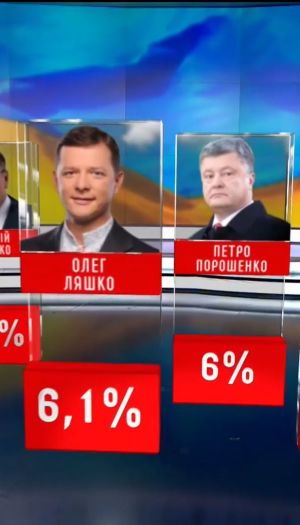 Experts attribute a hypothetical success Zelensky and Vakarchuk the increased need of society in the new political parties.

The survey was conducted from 5 to 19 April 2018 by personal interview. The number of respondents in 2004, living in 110 settlements all over Ukraine (except Crimea) and 4-stage stochastic sample, representative of the population of Ukraine aged 18 years. In Lugansk and Donetsk regions survey was conducted only on the territory controlled by the Ukrainian authorities. Statistical sampling error is between 1.4% to 3.3%.