The escalation in the Donbas. The militants have substantially increased the number of attacks, there are losses in the Ukrainian army The escalation in the Donbas. The militants have substantially increased the number of attacks, there are losses in the Ukrainian army

For Sunday, the militants of the 80 times opened fire.

May 6 in the area of operations of the combined forces in the Donbas has exacerbated the situation – the militants of the 80 times fired at the Ukrainian positions.

“During active defensive fighting during the last day losses of the combined forces amounted to one dead and four wounded. Now the wounded is a qualified medical assistance at the hospital. According to intelligence reports, the enemy suffered losses: three invaders killed and 5 wounded”, – stated in the summary of the press center of the headquarters of the United forces.

The most active fighting continued in areas of the Crimean, Novotoshkivske, Luhansk, Avdeyevka, Sand, Trinity, Shyrokine.

“Russian occupation troops 22 times opened fire from artillery and mortars two times from the tank. Division of the United forces gave adequate response and were active in defense. In particular, during a patrol of the defense area ambushed a group of soldiers of the mechanized battalion, which operates in Gorlovka direction. At the scene arrived a standby team from the nearest reference point. After a short fire collision backup group pursued the enemy, during which three militants were killed on the contact line”, – stated in the message.

The Ukrainian side States that “the occupation forces continue to grossly violate International humanitarian law. Yesterday, may 6 them was twice fired from guns of calibre of 152 mm and 122 mm settlements Zaitsev and Nikol’skoe on the outskirts of the city of Gorlovka of Donetsk region”.

Militants shelled Ukrainian positions and tonight – in the Lugansk and Donetsk directions.

Videocracy soldier was killed in the Donetsk region

Ukrainian soldier was killed the day before in the Donetsk region was blown up by an explosive device. There are two wounded. Mechanized patrol ambushed in Gorlovka direction, reported the press-centre of the Operations of the joint forces. Enemy arrows began to beat on the soldiers who came to the aid of brothers and got fire. Three militants, according to the headquarters Operations of joint forces, eliminated. 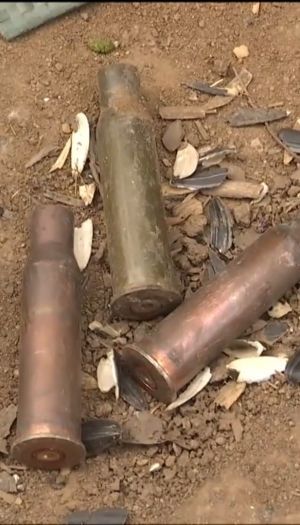