The Ukrainians opened their electoral preferences 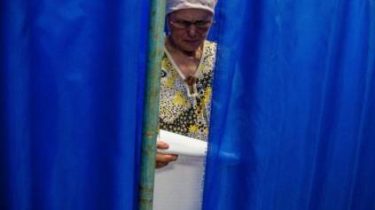 The Ukrainians opened their electoral preferences

Leader of sympathies of voters in the poll KIIS Yulia Tymoshenko has become.

This is evidenced by the results conducted by the Kiev international Institute of sociology (KIIS) from 5 to 19 April 2018 survey, reports “Interfax-Ukraine”.

If presidential elections of Ukraine took place in mid-April, with all respondents 8% would vote for Tymoshenko, and 6.3% – for Hrytsenko, of 6.1% for Lyashko, 6% – for the incumbent head of state.

Later in the presidential ratings are a showman Vladimir Zelensky (5,4%), public figure, leader of the band “Okean Elzy” Svyatoslav Vakarchuk (4.8%), leader of the party “For life” Vadim Rabinovich (4.4 per cent), co-chair of the parliamentary faction “the Opposition bloc” Yuriy Boyko (4.3 per cent).

While 14% of respondents decided not to participate in the vote to 29.3% – have not decided on their choice, and 5.7% said they have crossed all the candidates.

As noted in the materials KIIS, five next for Tymoshenko candidates have support, which is almost within the error, that is, “these candidates are likely to” share “the second place and they can qualify for the second round”.

Experts have studied the sentiments of our countrymen, a survey of six thousand people in all regions of the country. Who is the leader of presidential rating remains Yulia Tymoshenko, the current head of state Petro Poroshenko, fell from the top five. 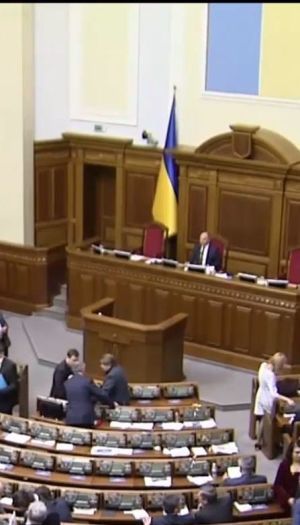 The number of Ukrainians who speak about positive attitude to any of the politicians, lower than the level of sympathy for Zelensky and Vakarchuk.

KIIS-order-conducted all-Ukrainian poll of public opinion in the period from 5 to 19 April 2018. In the study by personal interview were interviewed 2004 respondents aged 18 years and older, living in 110 settlements in all regions of Ukraine, except for the uncontrolled government of the country with a four-level statistical error. The margin of error is 1.4% to 3.3%, depending on the value of the indicators.

Earlier, the polling group “Rating” showedthat out of the current politicians in the presidential rating among those that intend to vote and undecided, the leader is the head of “Batkivshchyna” Yulia Tymoshenko (14%), followed by former defense Minister of Ukraine Anatoliy Hrytsenko (11%). The current head of state Petro Poroshenko can get 9% as the leader of the faction “Opposition bloc” in the Parliament Yuriy Boyko, and Svyatoslav Vakarchuk. Showman Vladimir Zelensky and radical Oleg Lyashko got 8%, the people’s Deputy Vadim Rabinovich – 6%.