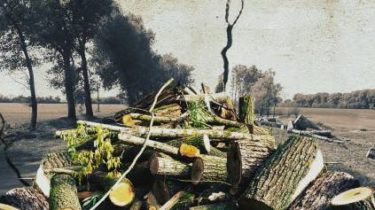 Officials claim that cut down damaged trees, but was demolished two rows of shelterbelts on several roads and did not put any new saplings in place of felled poplars.

In the Kyiv region in the Zgurovsky district massively cut down trees.

As told TSN.ia a native of this district Natalia Gerasimenko, who now lives in Kiev, the total felling of the poplars on the highway from Yahotyn to Zhuravki began in the summer of 2017.

“I live there, and parents, from time to time I visit them. As soon as the limits of Yahotyn, from cut down trees. We then thought that may cut diseased trees or after a hurricane had cut down the old trees. But over time, deforestation is catastrophic. The same can not be sick trees a few kilometers”, – complains Natalia.