Putin has not congratulated Poroshenko on 9 May. Sands announced the reason 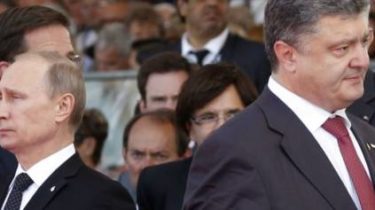 Putin has not congratulated Poroshenko on 9 May. Sands announced the reason

The Russian President congratulated the heads of the former Soviet Union, excluding Ukraine and Georgia.

The President of the Russian Federation Vladimir Putin congratulated President of Ukraine Petro Poroshenko with 73-th anniversary of Victory in world war II.

This was reported on the website of the Russian President.

Putin congratulated leaders of Azerbaijan, Armenia, Belarus, Kazakhstan, Kyrgyzstan, Moldova, Tajikistan, Turkmenistan and Uzbekistan. It also received greetings by the presidents of the unrecognized Abkhazia and South Ossetia. In turn, the press service of the Kremlin separately in greeting mentioned citizens of Georgia and Ukraine.

According to Putin, Victory Day – “sacred date, a symbol of unity and unexampled heroism of our peoples who fought shoulder to shoulder on the fronts of the war and selflessly worked in the rear for the salvation of the homeland and all humanity from fascism.”

Press Secretary of the President of Russia Dmitry Peskov said that Poroshenko, the Kremlin had not congratulated because of the war in the Donbass, which was allegedly unleashed by the Ukrainian authorities.

“You know that in Russia are very warm brotherly Ukrainian people, and you know how in Russia relate to those who unleashed a fratricidal and bloody war in the South-East of Ukraine”, – he said.

We will remind, recently Putin for the fourth time became the President of Russia. According to Russian law, Putin will lead the country until 2024.

Video”New” President: the Kremlin was the fourth inauguration of Putin

The ceremony was different from the last. This year, Putin came out of the office, sat in a new limo, made a symbolic circle and in a minute got to the main hall of the Kremlin. The President announced the traditional oath of 33 words and promised their citizens prosperity and security. Although on the eve of Russia have passed mass arrests of people protesting against Putin’s presidency. 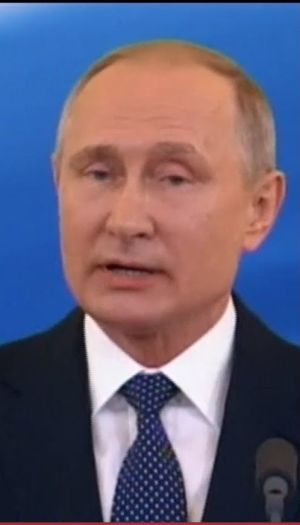