Kiev complain about the strict security measures 8 and 9 may 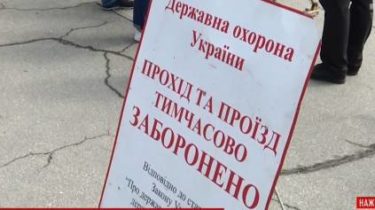 Kiev complain about the strict security measures 8 and 9 may

On memorial Day of remembrance and reconciliation at certain hours allowed by invitation only.

Safety standards established in the capital’s memorials, where the assembled high-ranking officials and military, has aroused criticism part of Kiev. People came there in order to pay tribute to the victims, but the guards were not allowed to go to the territory, says the story TSN.19:30.

Residents who simply walked or carried flowers to the monuments, this attitude was insulting. Especially surprised the family members of one of the heroes of the war. “We’re a family of hero of the Soviet Union. We want to go, but we are told that the entrance only according to admissions. Well, is it not possible for us to go and lay flowers where carved his name?”, – asked one of the women.

From victory Day to the Day of reconciliation: Ukrainians began to celebrate the end of the war with the Europeans

All the discontented strict security regime, security forces urged to understand that he is justified by those circumstances in which now there lives the country. Those who are not fortunate enough to have a permit on the territory of the memorial to the victims of the Second world war, was sent on Independence square, where daylight is already made hundreds of candles to light them in the “First moment of peace.” Come to the Central square of Kiev could without any prompts.

The solemn event open only to people with passes. This in order to divert possible risk events, because there are Ukrainian high-ranking officials and the military. 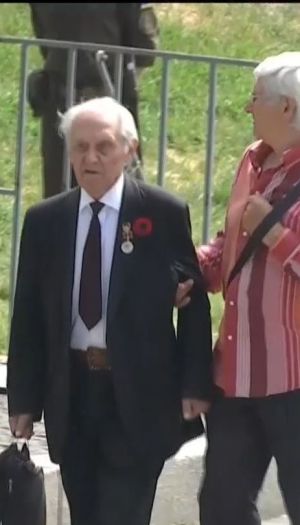