Militants shelled residential streets of the village in the Donbass. Dozens of homes damaged 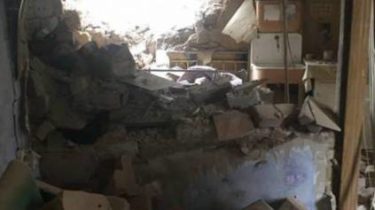 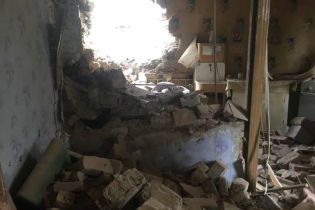 Militants shelled residential streets of the village in the Donbass. Dozens of homes damaged

The shelling of the village Loskutivka in Donbas © MIA

During the shelling in one of the houses was the owner.

In the Luhansk region fighters of illegal armed groups “LNR” fired at residential streets of the village Loskutivka.

The police published photos of destructions.

The shelling had completely destroyed two houses and another 35 were damaged. This fact initiated the Crimea.proceedings according to article 258 of the UCU#Luhansk #Thriller #NFP pic.twitter.com/hs6WkigFJo

“Shelling continued tonight in the Popasnyansky region of the Luhansk region. The shelling had completely destroyed two houses and another 35 were damaged. The bombardment of the occupation forces was subjected to Pervomayskaya street and Kharkiv”, – stated in the message of the police.

It is noted that among the population no casualties, no wounded, but at the time of hit of a shell in apartment house, there was the owner. He also remained unharmed, but the house suffered.