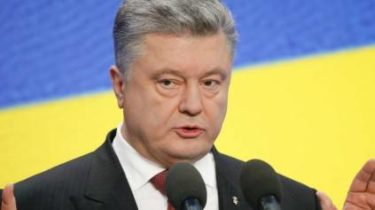 At different periods in the East of Ukraine were up to 10 thousand Russian military personnel.

In the Donbas war to 50 thousand “Russian volunteers” are Russians by nationality. Also in different periods there were from 2,5 thousand to 10 thousand military personnel of the Russian Federation. The main goal of Kremlin is to return Ukraine to the Soviet Union.

About it in interview to TV channel CBS News said the President of Ukraine Petro Poroshenko, reports his press-service.

The President said that Ukraine has documented evidence of stay in the occupied part of Donbas are regular Russian troops.

“We have confirmed figures that in different periods of their number was from 10 thousand to 2.5 thousand regular Russian troops in the occupied territory. Plus they have almost 50 thousand troops of the so-called “Russian volunteers” that were recruited through the Russian mobilization system and sent there. However, they pretend that they are not soldiers of the regular army. But they — the Russians, they are ethnic Russians, they are Russian soldiers. They use Russian weapons and ammunition. And it’s the Russians,” — said Poroshenko.

50% of those who are now fighting in the Donbas are Russian citizens.

“Russia wants to destabilize Ukraine. They seek to discredit the achievements of the revolution of dignity that we had the last four years”, — said Poroshenko.

He added that it sounds like “new cold war”. However, according to the President, Ukraine is now “the front line of the cold war”.

“But we have a hot war now,” — said Poroshenko.

This was stated by Czech General Peter Paul. The Russians also occupy all the important positions of command in the military structure. NATO intelligence reports that Russia fully provides for the occupied territory, material resources, military equipment, heavy weapons and ammunition. The Ministry of defense reported that in the East of the country is 750 Russian officers. 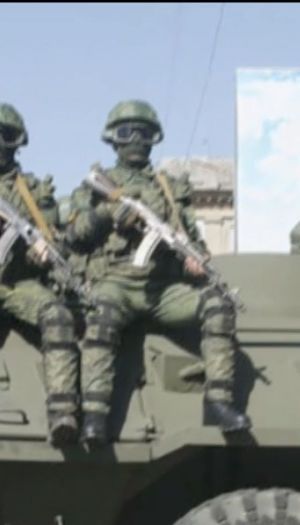