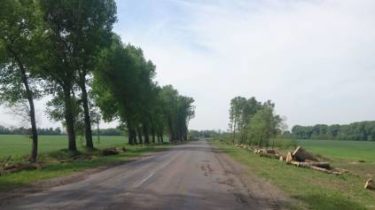 The road Service said they do not have the right to do new plantings.

Dorozhniki have assured that all massively cut in the Kyiv region poplar was subject to cutting.

First, zastupnik head of the GARDEN in the Kiev region Vladimir Locusts in response to the request of TSN.ia announced that during 2017 the highways were issued tickets for timber harvesting the removal of roadside vegetation on the way from Yahotyn to Zhuravki from Zhurovka to the villages usovka, Sofiivka and Nova Oleksandrivka. 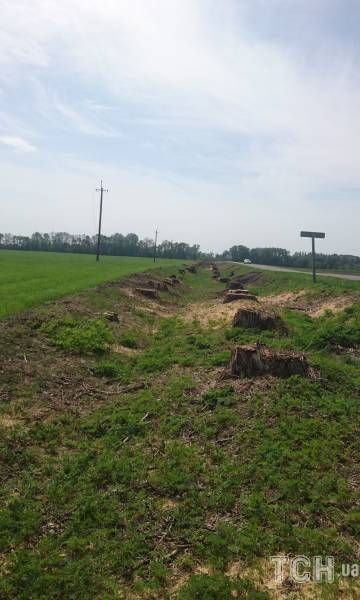 According to Locust, timber harvesting tickets were issued according to the conclusion of forest pathology and sanitary examination, which, it was recognized that these poplars were old age (over 65 years) were affected with stem rot, tilted towards the roadway, many trees were charred ocurence – basal part of the trunk.

“Removal of roadside plantation was carried out in accordance with the volume defined in the documentation for special forest pathology survey on account of the residual value of the raw material,” said the Locust.

At the same time, the GARDEN did not specify what the contractor was hired to perform the work, what quantity of wood was obtained and its residual value.

Regarding the lack of new plantings in place of the felled poplars in the regional Highways reported that they did not have the opportunity to create such spaces.

This situation is explained by the requirements of DSTU 3587-97, namely the distance from the edge of the roadway to the nearest edge of tree trunk shall be no less than 9-9. 5 m Is outside of the easement the above-mentioned roads and falls on the land of adjacent landowners and land users.