Not translated maniacs, ready to put the world on the brink of a third world war – Poroshenko 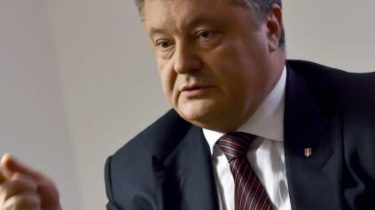 Not translated maniacs, ready to put the world on the brink of a third world war – Poroshenko

The President asked in a speech to the recruits of the Ukrainian army.

No Ukrainian soldiers of the Second world war would have lasted much longer. This convinced the President of Petro Poroshenko, says the story TSN.19:30.

The commander in chief may 9, congratulated the recruits troops and reminded that Ukraine was one of the main bridgeheads of the Second world war. Therefore, the memory about the enormous casualties, thousands of destroyed cities and burned villages must warn the world against the risk of a repeat disaster. 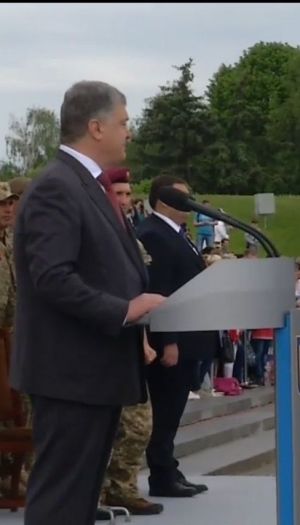 “Unfortunately, not translated maniacs, ready to put the world to the brink for the third world war. And they’re here, just what requires particular vigilance and responsibility”, – said Poroshenko.

“We need to know and remember everyone.” Poroshenko honored the memory of Ukrainians-participants of the Second world

As reported, on the eve it became known that Poroshenko wants to clear the Ukrainian army from the dangerous vestiges of the Soviet-Russian ideology by changing the military calendar. “The army will finally be purged of all the dangerous vestiges of the Soviet-Russian ideology, which negatively affect the morale of the Ukrainian troops,” – said Poroshenko. He also added that such rudiments dazzle Ukrainians false propaganda cliches, the restraint on the mental orbit of Russia.