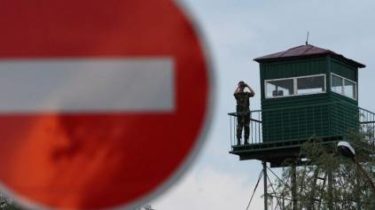 © The state border service of Ukraine

During the shelling of the military were in hiding.

Illegal armed groups fired with small arms checkpoint of entry-departure “Maori” on the demarcation line in the area of operations of the joint forces.

“The shelling of the Russian mercenaries opened today at about 1 am. The shots were from small arms (SVD) from n of the item Gorlovka in the direction of the PPC and checkpoint Mayorskiy where frontier guards together with the Armed forces”, – stated in the message.

As noted, victims of fire. The military were in the shelter, the return fire was not opened.

We will remind, on may 9 in the area of operations of the combined forces in the Donbas fighters 73 times opened fire on Ukrainian positions. Losses among Ukrainian troops there.