The government adopted a package of decisions in favor of business 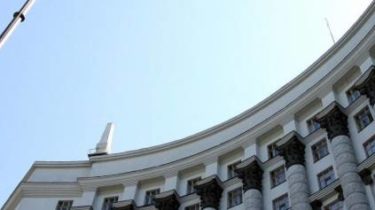 The government adopted a package of decisions in favor of business

In particular, the changes relate to audits of the business and its regulation.

Today, may 10, the Cabinet adopted a package of solutions that will significantly simplify the conditions of doing business.

This is stated on the Government portal.

One of the initiatives of economic development – implementation of a risk-based approach in the activities of the inspection bodies. The statement explained that 99% of business inspections record breaking, because their activities are focused on the application of sanctions. However, inspectors shall conduct inspections to eliminate the offense, not to impose sanctions, said the first Vice Prime Minister of Ukraine Stepan Kubiv.

As expect in the Ministry of economic development, the implementation of a risk-based approach will create a powerful analytic system that will operate on the basis of reliable and detailed information. Such a system will increase the accuracy of risk assessment of business entities and allow you to focus on inspections of high-risk enterprises. The system will also provide consumers with information about the degree of risk of a particular manufacturer.

In addition, the government adopted the Concept of reform of self-regulation Institute in Ukraine. Kubiv said that now businesses are effectively excluded from the regulation of their market. However, the state authorities are spending significant resources to regulate economic activity.

According to Kubiv, the concept gives a start to formation of a unified state policy in respect of self-regulation in Ukraine and creates the basis for dialogue among the stakeholders as to the regulatory settlement self-regulatory processes in Ukraine.

In addition, the government abolished a number of acts to reduce the burden on retailers of alcoholic beverages, oil products trade and repair of household appliances in the use of seals.and the statement recalled that last year passed a law that abolished the use of seals. However, some acts of the Cabinet of Ministers still demanded it, but today all of these requirements were finally abolished.

Recall President of Ukraine Petro Poroshenko wants Ukraine in the near future turned out to be in the first 50-ke of Doing Business ranking, which determines the degree of ease of doing business. Poroshenko noted that Ukraine over the past four years has risen in the ranking of Doing Business for more than 60 positions.