In the Donbass were injured, three Ukrainian soldiers 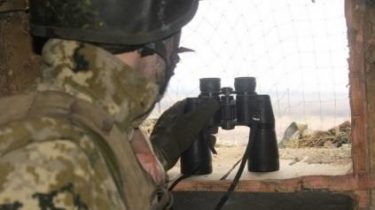 In the Donbass were injured, three Ukrainian soldiers

For Thursday, may 10, in the area of operations of the combined forces in the Donbas militants carried out 55 attacks on Ukrainian positions – wounded three soldiers.

“The enemy, in violation of international agreements, 55 times violated the ceasefire, opening our positions aimed fire. Of them 15 times used heavy weapons, including those fired from 152-mm guns in depth of defense of the joint forces. Division of the United forces gave adequate response and were active in defense,” – said in a morning summary.

Fighting continued mainly in the direction of Donetsk, in the areas of zaytsevo, Novozvanovka, Avdeevka, Water, the mine Butovka, Sands. The tense situation was in the area Popasnaya in the Luhansk region and in Shirokino near Mariupol.

“The most intense fighting continued in the area of Avdeyevka industrial area. According to intelligence, the enemy during the attempted assault actions of our positions suffered losses: two of the occupants were killed, three wounded. During the fighting three of our defenders for the past day received minor shrapnel wounds. Now the wounded received medical treatment in the hospital. In the current day, may 11, there are no losses. Night Russian-terrorist troops opened fire from small arms, refraining from active actions”, – noted in the press center of the headquarters of the United forces.