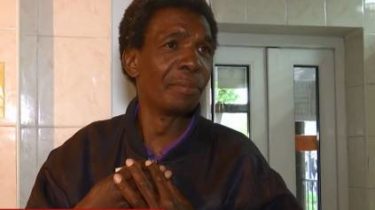 The locals attribute this to the activity of charitable projects.

Residents of flats in Kiev have sounded the alarm, because their yard is filled with homeless peoplewho are confident, though for them the benefactors should open on the ground floor, a social dining room. The Inn yet, but the homeless have started to converge, settling on benches in parks and playgrounds, according to a story TSN.19:30.

The people of the whole quarter began to protest, when they began finding syringes in the sandbox where children play. “People who live in the building say they already have the keys to this basement, and they spend the night,” the outraged people of Kiev. Does not suit them scattered around the house debris and the possibility of infection and the crime situation. “We have small children in three years. He walks behind them, and the kids scared crying! Girl 10-12 years ride – he followed, something strange told her. Well, we called the police,” – said one of the mothers.

Residents of flats raised the alarm, because suddenly their yard flooded homeless. If, for them, the benefactors should open on the ground floor, a social dining room. The tavern yet, but the homeless have started to converge, settling on benches in parks and playgrounds. 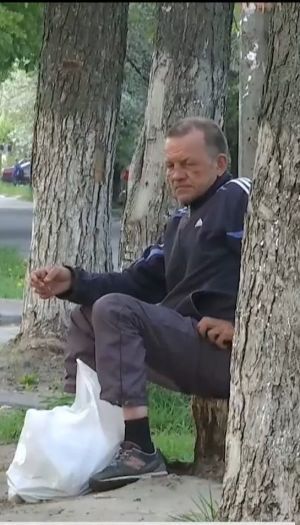 The sudden attention stray to the local area explain the news about the regeneration in an abandoned café, social room. Benefactors to the contact went, the staff of the housing Department and the situation has not cleared up. On the Internet at the specified address was found, a charity and a social centre for HIV/AIDS. TSN sought out the owners, whom were representatives of the Roman Catholic Church. The priest assured that the patients had a consultation, and dining room open plan, because the fed in his temple. The influx of the homeless, he explains that on the first floor of the house for 17 years running one of the offices of the Fund, which recently distributed clothes and shoes to the displaced. “Well, zanyuhal that there is something to give – and to come”, – said the priest.

Reporters visited the social centre, where for decades fed the homeless. It has a private courtyard and strict rules – before you get a lunch or spend the night, tramps are physical. Otherwise, they say, the dining room would become a hotbed of epidemics. Stay in the center paid 10 USD per day. Alien Simon, a frequent guest of the shelter, their neighbors characterizes frankly. “There are bastards and there are good people – friends,” he says.

Warm shelters and restaurant food: it is waiting for Kiev homeless during cold weather

To suddenly see at the entrance of the center for the homeless, lawyers advise, or create your own condominium, and then only the tenants will have the right to tell you what to do owners of the ground areas or to train the nerves and methodically to call the police, so that visitors and businesses became uncomfortable to get along with principled neighbors.