Leaders for contributions and violations. As the Ukrainian party was working in 2017 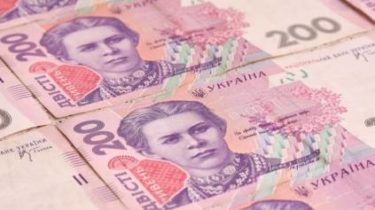 Leaders for contributions and violations. As the Ukrainian party was working in 2017

The national Agency on corruption prevention has published a list of parties with the greatest contributions from individuals and legal entities for financing statutory activities in 2017.

Information announced during the briefing a member of the NACP Natalia Korchak and head of the Department on prevention of political corruption Ruslan Igonin.

“National corpus”, according to the NACP, has received contributions of $ 2 322 million 707 thousand hryvnias, including 2 million 234 thousand from individuals. On the last place in the top 10 – “the new forces movement” of Mikheil Saakashvili. Contributions to political power was only 146 of 582 thousand hryvnia.

All the factions except the opposition bloc, supported the appeal to the Bartholomew’s unification Church

Among the most popular violations in the sphere of accountability of political parties: the absence of reports of local organisations and information about their assets, income, expenses and financial obligations, failure to make findings annual internal audit party, the deadline for submission of the Report, failure to Report and failure to provide information, documents, and violation of the legislatively established terms of their provision to the National Agency.

Recall is Natalia Korchak, who resigned as head of the NACP, by the Agency of March 28, led by Alexander of Mangul. His monthly salary in April was 119 thousand 909 hryvnias.