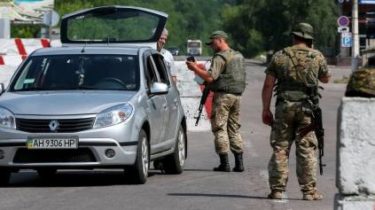 At the checkpoint imposed a regime of “Red”.

This was reported in the headquarters operations of joint forces.

Mode “Red” at the checkpoint imposed in connection with the danger of provocations from fighters.

“Today, may 11, to prevent provocations by the Russian occupation troops, security of citizens, joint forces command, from 10:55 on the checkpoint of entry-departure (KPVV) “Marinka” temporarily put a mode “Red”, – stated in the message.

It is noted that the press center will publish further information about the restoration of the KPVV.

Recall that the militants killed the village zaytsevo, closely approximate to the occupied Horlivka, 122-mm heavy guns. There is information about hit of shells in houses. The most powerful enemy attacks continued in the past day in the area of Svetlodarsk arc, on the sea of Azov, near Avdeevka and in the North-West of the occupied Donetsk. In Marinka heavy mines got just the courtyard of houses.