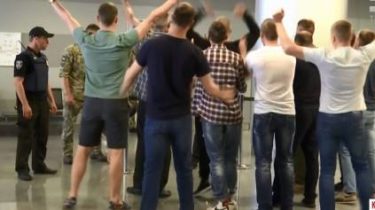 Ukrainian border guards prepared to receive guests-finals of the UEFA Champions League. They expect more than 30 thousand, and two thirds of them expected to arrive in Kiev by planes, says the story TSN.19:30.

In “Borispol” on the eve of training for the security forces, who were trained to act in case of fan unrest. One of the main tasks of the security forces – as much as possible to separate the supporters of real Madrid and Liverpool. Flights from Spain and England will arrive at different times and in different terminals. Ordinary passengers fan boom almost not feel it. “We have planned the work so that the arrival of Charter flights with fans will have no peak in the other flights, when there are loads. We share these processes,” – said airport officials.

Video of may 20, all the border checkpoints will work in the strengthened mode

Ukrainian security forces are preparing for the arrival of more than 30 thousand fans in the final of the UEFA Champions League. To change the system of crossing the Ukrainian border. It will become faster for soccer fans. They will pass in order of priority. 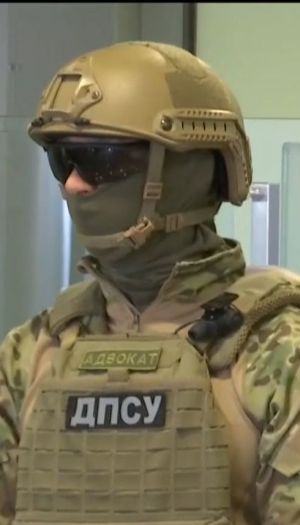 The border guards promise to check in a minute to 90 people – it has purchased special devices that read the information from passports much faster. The service employees with knowledge of English and smiles ready to welcome you, even now. But the main guests of the star players, in the arrival hall you will not see – to avoid the rush, passport control players will be directly in the plane and from there buses depart to the hotels.

The police expect that the most difficult part will be the day of the match. Given the experience of the Euro 2012 finals will protect more than 12 thousand security forces – regular police and national guardsmen to commandos. The manual says that weighed all the options, including the worst, but hopes for a peaceful development of events. First football fans are expected in Kiev for ten days.