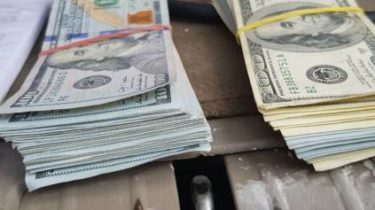 The incident occurred on PPC “Marinka”.

Around 18:00 Friday, may 11, at the checkpoint of entry-departure “Marinka” Donbas staff fiscal attire of the SFS of Ukraine from the United forces, together with employees of the Public border service detained the car, in which there are transported 76.5 thousand U.S. dollars.

“These operations were discontinued. The offender and the funds established procedure transferred to SBU from the joint forces,” – said the press center of the headquarters of the United forces.

In accordance with the disposal of the Commander of the combined forces of the forces and means of the security Service of Ukraine, State…

Earlier it was reported that a border dog found the contraband under the skin of the passenger bus, EN route to Poland.