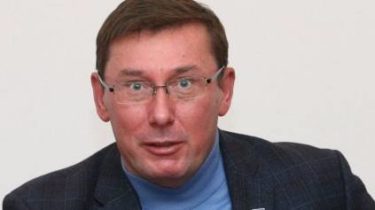 According to Lutsenko, the number of detainees does not define corruption combating this phenomenon.

This was stated by Prosecutor General Yury Lutsenko, writes UKRINFORM.

“We have achieved in the courts 1700 sentences to corrupt officials. This is three times more than in any other year of the independence of Ukraine”, – said the head of the GPU.

According to him, these sentences change the country, but it’s not enough to fight corruption. For this, Lutsenko noted, should “catch big fish”.

In the winery caught ex-official of the Railways, of which six months was wanted on suspicion of corruption

He assured that the GPU helps the NEB to catch corrupt officials. In particular, 40 percent of NABOO is a joint achievements of both agencies.