Brent once again breaking records. The price of oil reached its highest level in 3.5 years 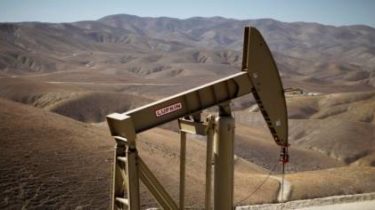 Brent once again breaking records. The price of oil reached its highest level in 3.5 years

The upward trend maintained since the beginning of the year.

On the market much more expensive Brent crude. She reached higher for the 3.5 year mark in 78 dollars for barrel.

This according to the auction, reports “RBC”.

So, the price per barrel of North sea petroleum mix of mark Brent was 78,14 dollars. The last time the price of oil exceeded $ 78 26 November 2014. Against this background, strengthened against the dollar Russian ruble. Its value now is 61,74 rubles per dollar.

In Chernihiv, the attackers stole from state-owned enterprises 36 tons of refined oil

The upward trend of oil prices observed since the beginning of the year. So, at the end of April the price per barrel hovered around $ 75, and in early may, exceeded 76.

This phenomenon influenced the decision of the President of the United States Donald trump to withdraw from nuclear agreement with Iran, and restore economic sanctions.