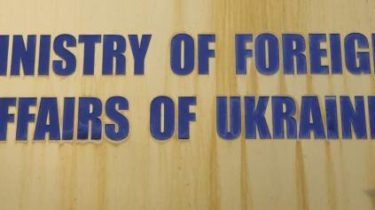 Klimkin said that the anti-Semites have no place in the Ministry of foreign Affairs.

State Secretary of the Ministry of foreign Affairs of Ukraine begins disciplinary proceedings for possible anti-Semitic statements by the Ukrainian Consul in Hamburg.

This was announced by foreign Minister Pavlo Klimkin.

“All the details to thoroughly understand”, – he wrote on Twitter.

“The anti-Semites and those who incite ethnic strife, there can be no place in a civilized society, nor in the Ministry of foreign Affairs”, – he added.

That the employee of Consulate General of Ukraine in Hamburg Vasily Marusinec places on his page in Facebook message anti-Semitic, told blogger Anatoly Shary. According to him, the Consul is available to view for friends only diplomat in Facebook.

We will remind, scandal with xenophobic flavor erupted in Odessa in the end of the procession of nationalists on may 2, when the center of the city were several hundred supporters of the “National body”, the “Right sector” and the party “Freedom”.

The head of a local cell “Right sector” Tatiana Zaikinoj the microphone was given to the Cathedral square. She in her speech at the rally, said: “Ukraine belongs to Ukrainians, not Jews, not oligarchy. Glory To Ukraine!”. This performance was broadcast in social networks, it has garnered thousands of views and hundreds of comments. “There is a weird semi-literate girl, and the crowd of adult men it listens to and applauds,” the surprised nick.